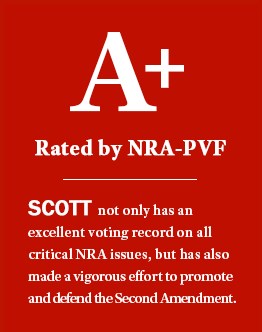 We can count on Rick Scott to defend our Second Amendment rights!

Based on his leadership on Second Amendment issues, Governor Scott has earned an "A+" rating from the NRA-PVF in the 2014 general election.  An "A+" is the highest possible rating and is reserved for elected officials with an excellent public record on critical NRA issues who have also made a vigorous effort to promote and defend the Second Amendment.

“Rick Scott has an unmatched record of support for the Second Amendment in Florida,” said Chris W. Cox, chairman of the NRA-PVF. “Rick has signed more pro-gun bills into law in one term than any other governor in Florida history.  Law-abiding gun owners in Florida have a true friend in Rick Scott.”

In addition to the many bills Governor Scott personally signed into law, he also supports Florida's "Castle Doctrine" law and the hard-fought parking lot law.  He respects and supports Florida's unique hunting heritage and recognizes it is a valuable tool for wildlife management and conservation.  Governor Scott rejects expanded licensing and registration schemes, and so-called "universal background checks."

"We can continue to count on Rick Scott to stand up for our constitutional freedoms in Florida,” added Cox.  “On behalf of the NRA’s five million members, I want to thank Rick for his steadfast support of the Second Amendment and urge all NRA members, gun owners and sportsmen in Florida to vote Rick Scott for Governor on November 4." 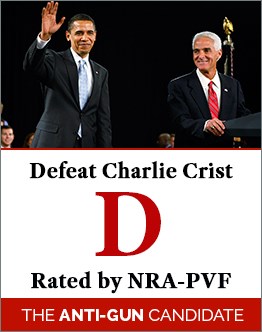 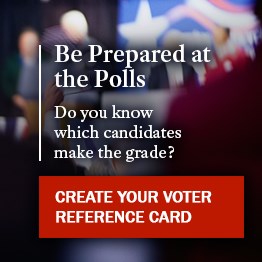 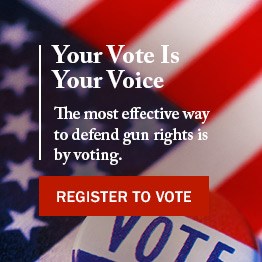 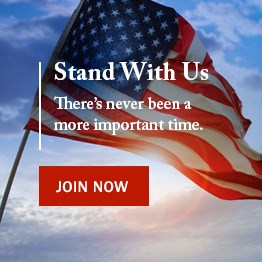 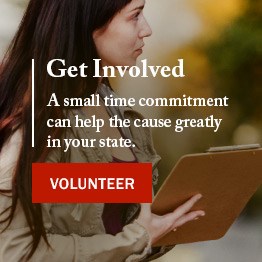