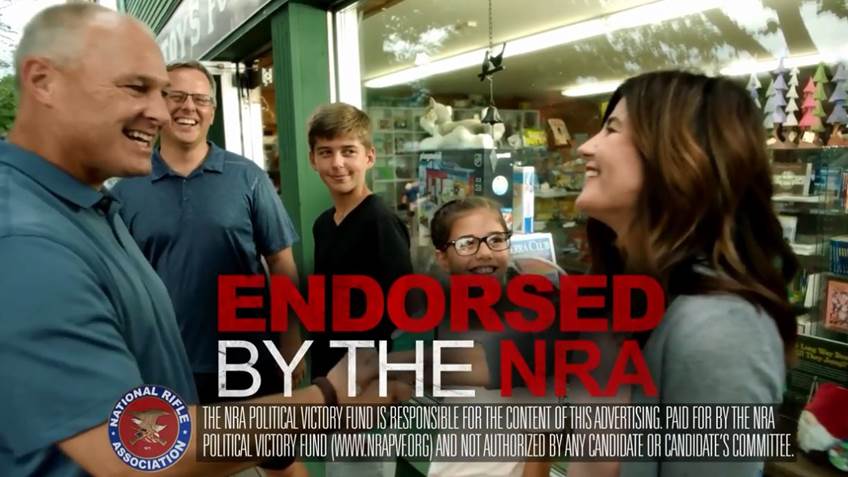 "The Second Amendment right to self-defense is on the ballot this November,” said Chris W. Cox, NRA-PVF Chairman. "Pete Stauber is the only candidate in this race who will oppose the Pelosi/Bloomberg gun control agenda and defend our constitutional freedoms."​

Stauber, a retired law enforcement officer,  strongly opposes the Pelosi/Schumer/Bloomberg gun control agenda and will vote for legislation to protect and expand Americans’ Second Amendment freedoms.  He supports concealed carry reciprocity legislation, which would ensure that the nearly 20 million law-abiding Americans who can carry a concealed firearm in their home state are able to legally carry concealed across state lines. He also supports veterans’ Second Amendment rights and opposes bans on commonly owned rifles and ammunition.

Stauber's opponent, Joe Radinovich, is an “F” rated candidate who would act as a rubber stamp for Nancy Pelosi’s gun control agenda. Radinovich supports gun bans for law-abiding adults between the ages of 18 and 21 and banning commonly owned magazines. He also supports the criminalization of private firearm transfers between lifelong friends and many family members.

“We can count on Pete Stauber to stand up for our constitutional freedoms in the U.S. House,” continued Cox. "The NRA urges all members, Second Amendment supporters and sportsmen to vote Pete Stauber for Congress on November 6.
​
To view ad, Stauber Freedom, click here.

Announcer: President Trump is standing firm for our rights in Washington.

And now, he needs our help.

Stauber: Like President Trump, I love this country. I love our freedoms. And I love our Constitution.

The National Rifle Association is proud to endorse Pete Stauber for Congress.

The NRA Political Victory Fund is responsible for the content of this advertising.