"Butch Otter has earned the NRA-PVF endorsement for his solid pro-gun record," said Chris W. Cox, chairman of the NRA-PVF. "His commitment to preserving our Second Amendment rights and hunting heritage makes Butch Otter the clear choice for Idaho gun owners and hunters."

As governor, Otter signed the Idaho Sport Shooting Immunities Act into law that protects existing shooting ranges and increases opportunities for recreational shooters and hunters, as well as a bill to ensure right-to-carry confidentiality among retired law enforcement officers.  He also signed legislation that expanded emergency powers protection and the Employer Liability Act that encourages businesses to allow employees to keep firearms locked in their vehicles while parked on company property if they so choose. Because of his consistent support for individual gun ownership rights, Butch Otter has earned an "A" rating from the NRA-PVF.

"Idahoans can count on Butch Otter to fight for them as governor," Cox continued. "We urge all Idaho gun owners and sportsmen to vote Butch Otter for Governor on November 2."

IN THIS ARTICLE
Idaho endorsement Governor 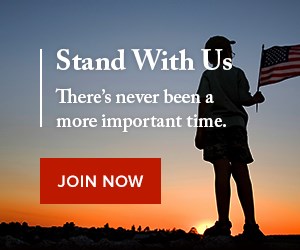