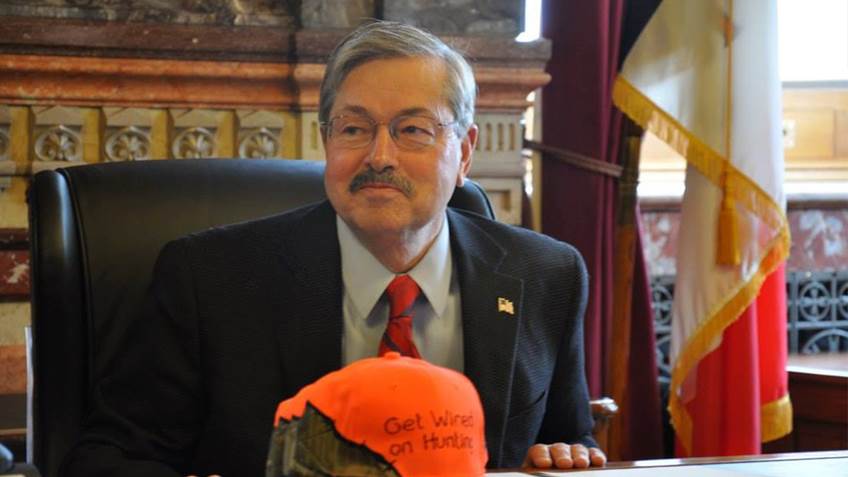 Fairfax, Va. – On behalf of our five million members across the country, the National Rifle Association Political Victory Fund (NRA-PVF) is proud to endorse Terry Branstad for reelection as Governor of Iowa.

Based on his support of and commitment to the Second Amendment, Branstad has earned an “A” rating from the NRA-PVF in the 2014 general election.  An “A” rating is reserved for a pro-gun elected official who has supported the NRA’s position on issues of importance to gun owners.

“As Governor, Terry Branstad signed a comprehensive bill improving Iowa's concealed carry law, so law-abiding citizens can more fully exercise their Right to Keep and Bear Arms,” said Chris W. Cox, chairman of the NRA-PVF.  “The new law also provides, for the first time in state history, a clear path for Iowans, including members of the military and veterans, to have their gun rights restored.”

“We can count on Terry Branstad to stand up for our constitutional freedoms in Iowa,” added Cox. “On behalf of the NRA’s five million members, I want to thank Terry for his steadfast support of the Second Amendment and urge all NRA members, gun owners and sportsmen in Iowa to vote Terry Branstad for Governor on November 4.”