"The NRA-PVF is endorsing Rob Wittman because he is a strong defender of the Second Amendment freedoms of law-abiding gun owners, hunters and sportsmen in Virginia and across America," said Chris W. Cox, chairman of the NRA-PVF.

As a member of Congress, Wittman has demonstrated his commitment to our Second Amendment rights by cosponsoring legislation to restore self-defense rights in our nation's capital, as well as signing the pro-gun congressional amicus brief to the Supreme Court supporting our individual right to keep and bear arms in the Heller case. Additionally, he cosponsored legislation to force much-needed reform of the federal Bureau of Alcohol, Tobacco, Firearms and Explosives and cosponsored the National Right-to-Carry Reciprocity amendment, which would provide a national standard for carrying concealed firearms.

Furthermore, Wittman voted for an amendment that ensures access to federally-owned or administered lands for hunting, fishing, trapping and recreational shooting, as well as an amendment that allows carry permit holders to carry concealed in national parks and wildlife refuges. Most recently, he signed the pro-gun congressional amicus brief arguing that the Second Amendment guarantees a fundamental right that protects all Americans in the McDonald case.

Rob Wittman's strong commitment to preserving our right to keep and bear arms has earned him an "A" rating and the endorsement of the NRA-PVF.

"On November 2, I urge all Virginia NRA Members and gun owners in the 1st District to vote Rob Wittman for Congress," Cox concluded. 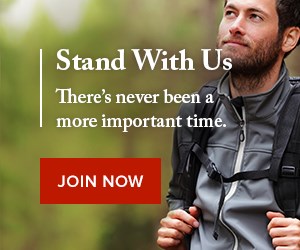