On behalf of our members in Mississippi, the National Rifle Association's Political Victory Fund (NRA-PVF) proudly announces its endorsement of state Representative Joey Hood for re-election.

NRA-PVF Chairman Chris Cox stated, “Under Joey Hood’s leadership, the state has taken critically important steps to protect our Second Amendment rights and to recognize the key role that Mississippi sportsmen play in wildlife conservation. Thanks to his work, self-defense options have been expanded for law-abiding Mississippians and hunters will enjoy savings when purchasing equipment before heading into the field this fall."

• Allowing law-abiding citizens to carry firearms for protection in a purse, satchel or briefcase – or openly – without a permit,

• Creating an annual tax-free weekend for gun and ammunition sales,

• Preventing the government from confiscating firearms during a state of emergency or disaster,

• establishing a constitutional right to hunt and fish, and

• All gun control measures were defeated under his watch – including proposed gun bans and ammunition registration schemes.

"We encourage all NRA members to go to the polls and support Joey Hood in the Primary Election on August 4, and then to ask their fellow gun owners and sportsmen to do likewise," concluded Cox. 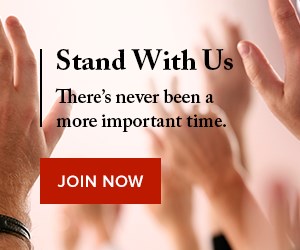