“Bob Goodlatte has a proven record of defending our Right to Keep and Bear Arms,” said Chris W. Cox, chairman of NRA-PVF. “His strong support of our rights has earned him an “A” rating from the NRA-PVF, and we proudly endorse him for re-election to the U.S. House of Representatives.”

Rep. Bob Goodlatte joined the historic briefs filed before the U.S. Supreme Court in District of Columbia v. Heller and McDonald v. City of Chicago, which argued that the Second Amendment guarantees a fundamental, individual Right to Keep and Bear Arms in Virginia and everywhere else in America. Goodlatte cosponsored and voted for the “Protection of Lawful Commerce in Arms Act,” which protected American gun makers from being sued into bankruptcy, and he cosponsored and voted for H.R. 822, “The National Right-to-Carry Reciprocity Act,” which would ensure that law-abiding Americans with valid concealed handgun permits would be able to carry a concealed handgun in any other state that does not prohibit concealed carry. He also voted to hold Attorney General Eric Holder in contempt of Congress for his defiance of the U.S. House Committee on Oversight and Government Reform’s subpoena for documents in the deadly Operation Fast and Furious scandal.

In contrast, Bob Goodlatte's opponent, Andy Schmookler, is rated “?” by the NRA-PVF for refusing to return the NRA federal candidate questionnaire. That refusal is viewed as a sign of indifference or outright hostility to the rights of gun owners and sportsmen.

“The choice is clear in this election. Bob Goodlatte, unlike Andy Schmookler, will continue to protect our Second Amendment freedoms,” Cox continued. “We urge all NRA members and gun owners in Virginia’s 6th District to vote Bob Goodlatte for U.S. House of Representatives on November 6.”

Chris W. Cox is NRA's chief lobbyist. He also serves as chairman of NRA-PVF.  The National Rifle Association Political Victory Fund is responsible for political candidate rankings.  These are based on candidate voting records, public statements and responses to NRA-PVF questionnaires. 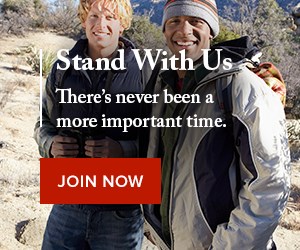